The 7 pillars of mindfulness #1 Non-Judging

The 7 pillars of mindfulness – #1 Non-judging 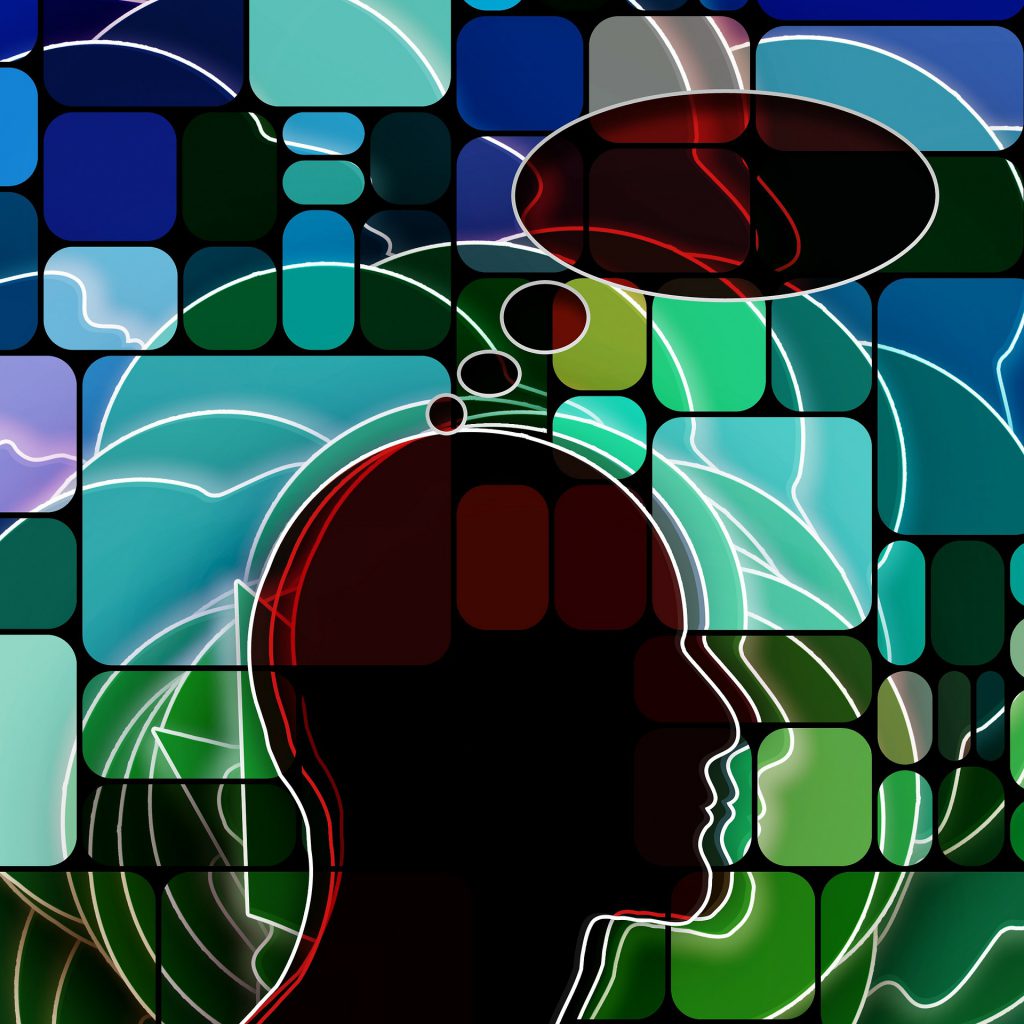 Unconsciously, we constantly judge people, things and events as either good, bad or neutral. This labelling process happens unconsciously and uninterruptedly, like subtitles in a movie. It is exactly this  constant inner monologue, that brings about the distractions during formal mindfulness exercises: we notice a tickling, we find it annoying, we want it to disappear, we want to scratch ourselves, we suppress the urge to scratch, the tickling persists, we are annoyed , the tickling gets more intense, we find it unbearable, … and suddenly we realise that we are caught in a loop of thoughts instead of closely watching our breath. The same happens in everyday life, the moment we get stuck on a mental label we leave the conscious perception of the present moment, and slide into a chain of thoughts that leads through infinite associations far away from what we were doing initially. It also feels like we actually become on with our thoughts, because our attention became so entangled in them that we perceive nothing else but our thoughts. More on this in the section “Compulsion” later in this post.

Reasons why we judge others

If we are insecure and / or dissatisfied with ourselves, we may stabilise our self-worth by belittling others. Trash TV formats use this form of defense of “downward insurance”: Others are obviously still a little worse off, they are a little fatter than we are, or at least they are less intelligent. 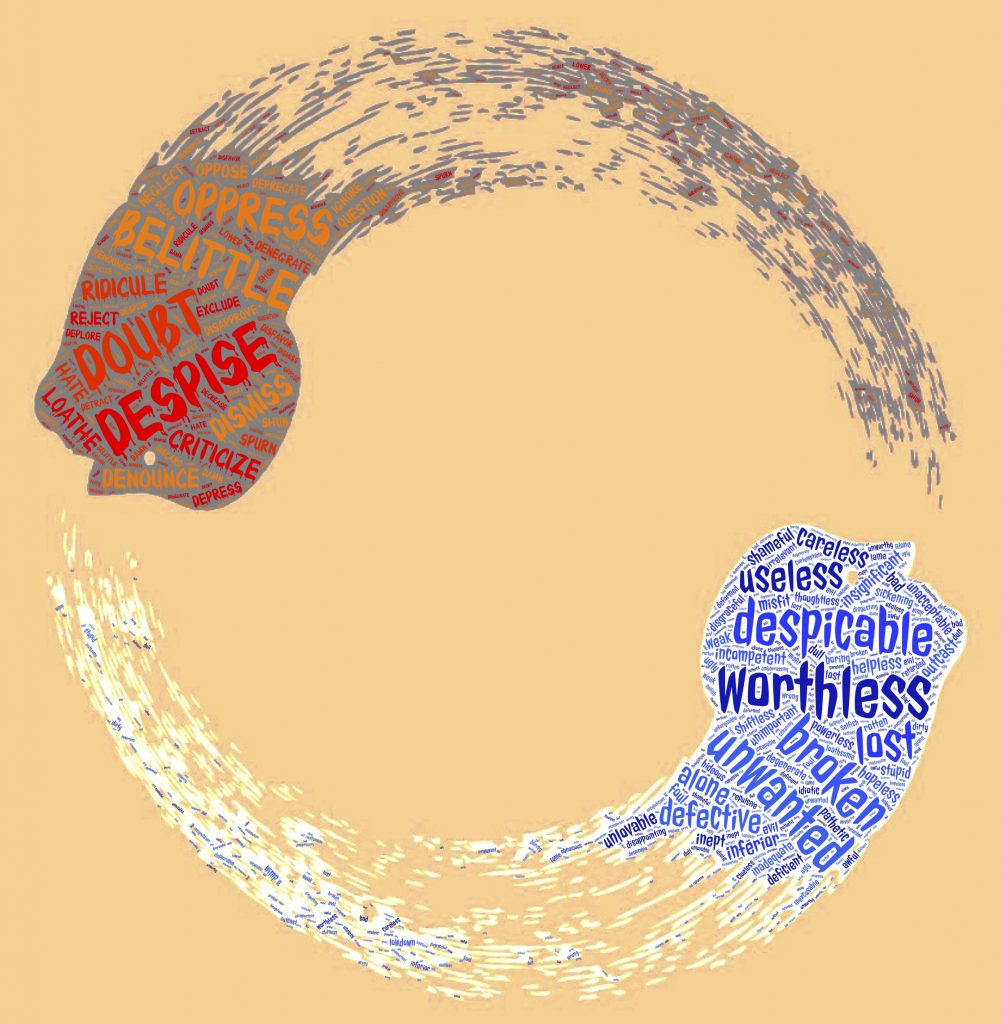 If we are afraid or let other people intimidate us, degradation can serve as a defense. Colleagues mock the unpopular boss behind his back. Two women see a prettier woman as a threat, and make fun of her outfit, or two men talk condescendingly about a woman whom they secretly find desirable and unreachable at the same time. Resentment basically appears as a form of psychological self-poisoning, which is due to the prevented discharge of emotions and affects. Affects that fuel prejudice are hatred, malice, envy and revenge, the main drivers of resentment. The feeling of powerlessness must be added to the revenge. There are numerous examples of resentment throughout history, and in all places, where people feel disadvantaged and helpless. 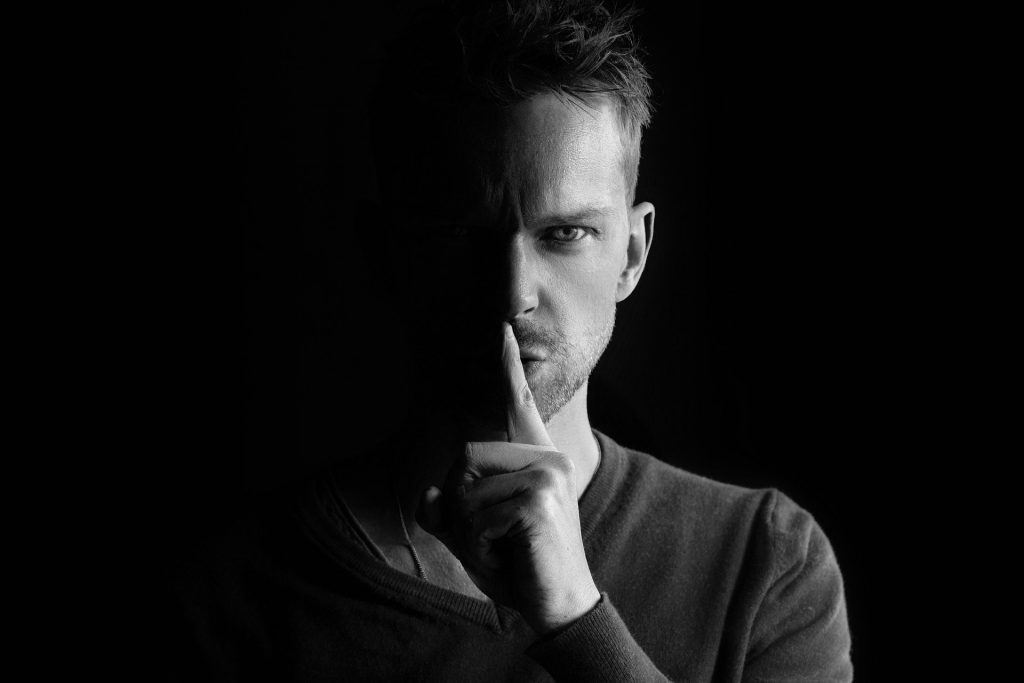 There is a strange sort of attachment building, when when we team up to judge someone behind his back. But if we are very lonely, even this negative form of attachment can create a feeling of belonging. These attachments are superficial though, and lacking real substance. They only numb the pain of loneliness, without being able to offer the warmth of containment. 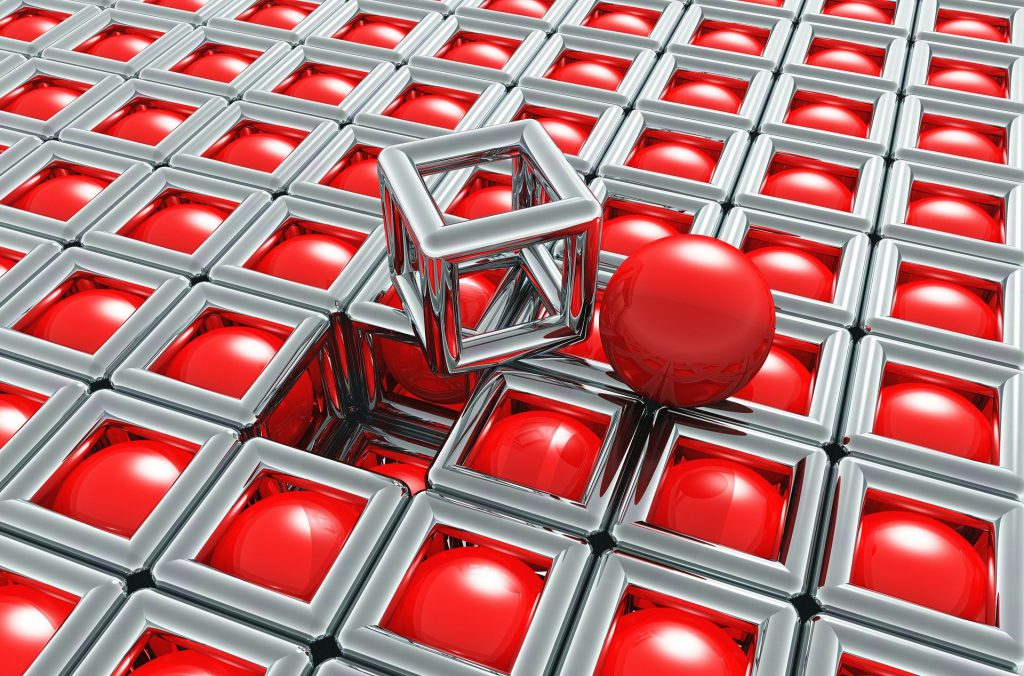 When we are dissatisfied with our own lives, we easily condemn that of others. Motives range from gloat or helplessness, to envy. (That is why judgment is so close to resentment. Both create an illusory sense of agency.) For example, if we are yearning a steady relationship while a friend becomes engaged, we can comfort ourselves with the thought : “She is not right for him anyway. I don’t know why they’re even getting married. ”

People with obsessive-compulsive disorder have intrusive, disturbing thoughts (or mental images) – thoughts about making mistakes, harming someone, getting dirty, getting sick, religious concerns, impulses, or desires to do things, that they find either dangerous, obnoxious, or dirty. In other words, they judge these thoughts or feelings as undesirable. They think that something is wrong with their thinking – as if one should only have pure and good thoughts and feelings. Their theory states that they are only good people, if they have certain thoughts. Any other thought leaves them bad or dangerous people in their own view. They have many “should”-s about the way they should think and feel. They think that now, that they had such a thought, they are responsible for calming down, gaining control, or getting rid of it. In this way, they identify themselves with their thoughts and become their own thought police. This creates a fusion of thoughts and actions. Thinking is equated with an action. “If I think I’m going to be violent, I will be.” Or a thought is the same as reality. “If I think I have cancer, I will die.” Thoughts, actions and reality merge in this sort of judgment.

What follows next, is self-monitoring. As soon as they had an intrusive thought, they start checking suspiciously whether it will reappear: “Oh God! I just had this thought again.” The ensuing unrest leads to the desire for control. Perfection and conscientiousness are hold to provide protection against loss of control and insecurity.

The next line of defense is thought suppression: “Don’t think that.” It works like the famous demand to not think – under any circumstance – of a pink elephant. And the inability to permanently suppress thoughts leads to new judgments: “I have lost control.” They now equate control in their life with the elimination of unwanted thoughts. Now they feel even more helpless, when trying in vain to control their thoughts.

In this growing anxiety, obsessions emerge as a salvation – as a neutralising ritual: wash hands, choose a certain path, not to step on cracks in the asphalt, arrange things, check the light switch, stove or door lock again and again until there is a feeling of relief. “I can stop now, because I feel it’s enough.” This feeling of relief is now becoming the yardstick of the rituals. “I have to do this, until I do feel like it’s enough. ”

Finally, the chain of judgments, thoughts and rituals is accompanied by the avoidance of triggers. This behavior is again rooted in a judgment: that none of these thoughts would have occurred, if their triggers would have been avoided. So those affected avoid touching things, using public toilets, shaking hands, dealing with people who make them feel bad and disgusting. Attempting to do without ritual and avoidance is associated with unbearable fear, even while just thinking about it. Hence, there is only one thing: avoid, avoid and avoid again. The affected individuals may try to get confirmation, “Does this look like cancer to you?” Others tend to ponder: “Why do I have these damn thoughts? Am I going crazy?” Even alcohol or binge eating sometimes serve as a defense against the interminable rumination of unwanted thoughts. In any case, whatever those people try, they sure run away from conscious awareness of the present.

Repeated checks that we have inserted or locked the car key are known to all of us. And if our fears prove to be groundless, we may smile at ourselves. But if obsession, compulsion and avoidance dominate our everyday life in such a way, that quality of life, our job or relationships suffer, treatment is necessary. 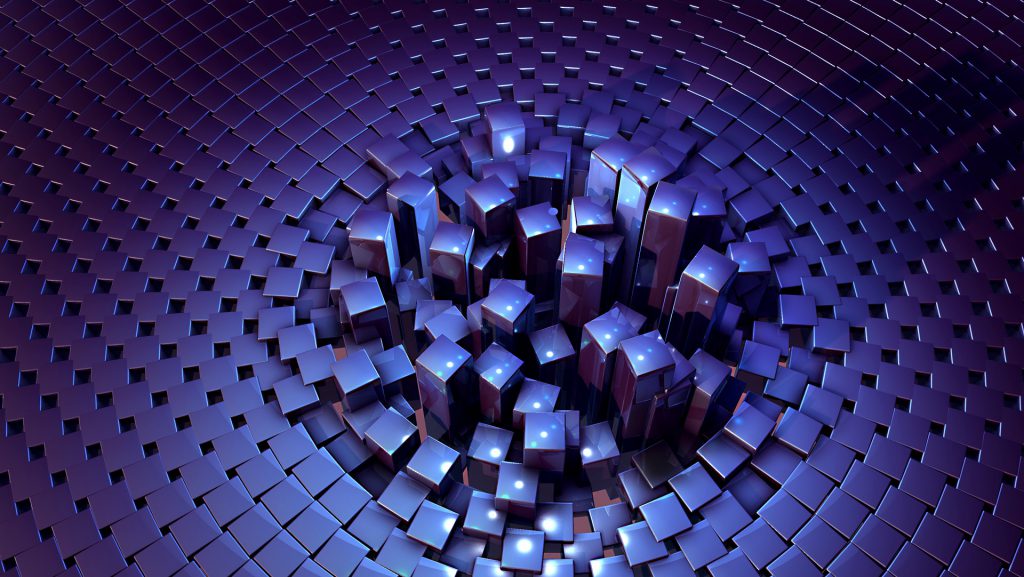 Mindfulness, on the other hand, recognises judging thoughts and replaces them with neutral observation, as if we were watching clouds in the sky. This is not about suppressing these thoughts. That would be impossible. The aim is to perceive and observe these thoughts as soon as they occur, and then to let them pass like a cloud. Then you return to neutral observation.

Every return from a thought to breathing is like a new pearl on a string.

Thoughts are actually like clouds in a way. Like all appearances in consciousness, they arise, change, and drift away or dissolve. (We ignore the cloudburst option here…) Even if we get lost in your thoughts and the carousel of thoughts begins, we do not judge ourselves for having these thoughts. We acknowledge that a thought did arise in our consciousness, like a cloud in the sky. We calmly state internally: “Thought” and let go of the thought. Without anger and impatience, we turn our attention back to our breath.

This exercise of not judging can also be integrated into everyday life. 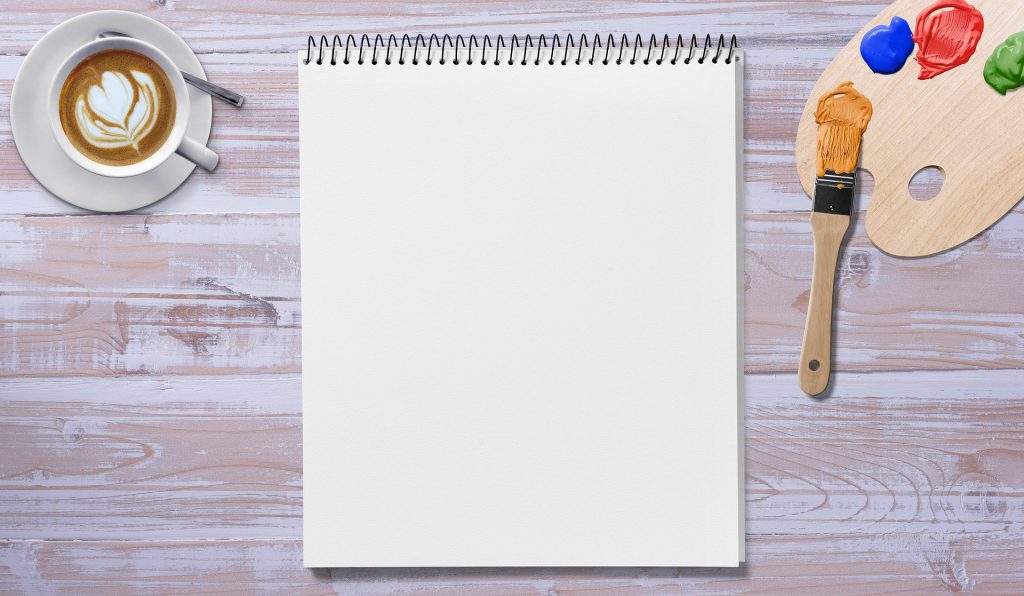 Try, for example, during your next walk, or while waiting at the bus stop – taking in everything around you, as a neutral observer:  people, things, events in all their details and sensory freshness. Just the way you would, if  you were to paint everything you have seen, after returning from your walk, and therefore try to
memorise as much detail as possible. You can do this exercise even while doing the dishes and will earn sympathy from your better half for your mindfulness…

I hope you enjoy recognizing and observing!

The 7 pillars of mindfulness – #5 Non-Striving

The 7 pillars of mindfulness – #3 Beginner’s Mind