The 7 pillars of mindfulness #5 Non-Striving

The 7 pillars of mindfulness – #5 Non-Striving

“The art of living means to live your life consciously. Therefore, if you don’t just hurry from one day to the next, but occasionally take a step back and think about how you live, and try to re-orient yourself again and again, you are practicing the art of living. ”-W. Schmid-

The principle of non-striving is the most difficult to describe and understand outside of formal mindfulness exercises. That is, why there are so many – more or less insprired – spiritual truisms to be found in the internet about the subject. The feeling of wanting, perhaps even longing for somehing, is a common companion of our everyday life: seeing a great car, that unfortunately goes beyond our budget, or desiring people, situations and feelings.

Then why is “Non-Striving” so difficult to grasp?

“Non-Striving”: the “I” in Buddhism 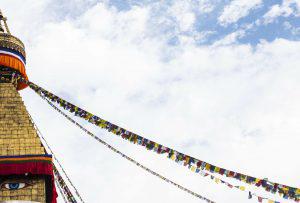 Without diving into religion, a look back at the history of the term proves helpful. In Theravada Buddhism, the Pali term “Tanhā” stands for desire, wishing, greed, thirst, or will, i.e. H. the “I want” or “I don’t want” spirit. The Wikipedia entry says: “Tanhā [is] … in Buddhism … is the cause of all suffering (Dukkha), that binds people to the cycle of rebirths (samsara). Tanhā means all forms of desire, whether it is food, life, sex, or any other object … The definition of Tanhā goes beyond the desire for material objects or sensual pleasures. It also includes the desire for life, for fame, for sleep, for emotional states (joy, enthusiasm, love …) … “. “Tanhā” is the eighth link in the 12-link chain of “conditioned arising”, a conception that existed before the first century BC. Chr. Originated from purely speculative thinking, but still provides exciting insights for perceptual psychology and cognitive science. Links #1 & #2 belong to the “previous life” in the cycle of rebirth, links #3 to #10 are conditions of the current life. The last two links belong to the “future life”. This explains the cycle of existence (samsāra).) Desire is defined among the personal aspects of life, and arises from sensations. It is itself the cause of clinging, which in turn gives rise to habitual tendencies. Clinging means clinging to sensations, e.g. the feeling of lust, attachment to firm opinions, from which a wrong world view then arises, attachment to fixed habits, and the belief that the mere practice of certain rituals can lead to spiritual development, or even enlightenment, and finally the assumption that there is such a thing as a fixed, unchangeable essence, an “I”.

“Non-Striving”: the “I” in Western culture

This “I” has had a central place in our culture, at least since René Descartes. Descartes declared the existence of the ego – as a subject of thoughts – as the basis of knowledge in general. Since then, the “I” has had to perform different duties in the service of philosophy: from proof of an immortal soul’s existence, to being the “life movement of being itself”.

“Non-Striving”: the “I” in literature 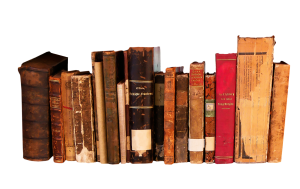 In Western European literature, the “I” has also been popular since the 17th century. Daniel Defoe begins “Robinson Crusoe”: “I was born in York in 1632.” (In poetry, the “I” goes back even further in history. “Ich saz ûf eime steine …” (I sat upon a rock), one can read in Walter von der Vogelweide’s poem.) Beginning in 1785, Karl Philipp Moritz staged in his – somewhat illegible – forerunner of the psychological novel “Anton Reiser” the life story of a narcissistic personality disorder of the so-called vulnerable type. The protagonist is characterized by a lack of empathy, overestimation of one’s own abilities and a constant desire for recognition. For Reiser, everything becomes a stage for self-expression, and also the scene for his sensitivity, while people he meets, are perceived by the protagonist with little empathy and emotional warmth. What is special about the novel is that, without the early insights of Buddhism or the later knowledge of psychology, it describes a personality disorder in such detail and locates its causes in the early development of the novel’s hero: in the tension between his humble origins and his incessant pursuit for recognition and success. Yet, problems and failures are not described as the result of his origin, but rather as a result of Anton Reiser’s own wrong decisions, and the narrow-mindedness and self-interest of his teachers and tutors. In the end, the developmental history of a talented young person arises (1) as a distorted image of traditional pedagogical concepts, but (2) also as an example of exaggerated sensitivity of a pupil with a tendency to hypochondria and hypersensitivity to his environment.

“Non-Striving”: the “I” in psychoanalysis

The term was given a special focus in Sigmund Freud’s psychoanalysis. He divides the psyche into three instances: 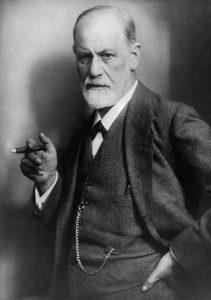 In psychoanalysis, the Ego is assigned a special role in the development of mental illnesses. The defense mechanisms described by Anna Freud describe the ability of the Ego to ward off unpleasant feelings and thoughts in different ways, so that they are no longer directly accessible to consciousness.

Today, various functions are ascribed to the “I”, among others:

Important aspects of ego psychology were introduced by Heinz Hartmann. He introduced the concept of “self” into psychoanalysis, which he sees as part of the “I”. Within this concept aspects of one’s own self-experience became available to analysis.

“Non-Striving”: the “I” in behavioral therapy 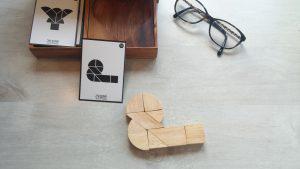 In the early days of behavioral therapy, dealing with terms such as “I” or “Self” was radically rejected as pure speculation. With the “cognitive revolution” of rational-emotional behavioral therapy, the “I” reappears as the bearer of thinking, feeling and acting, as well as the author of subjective evaluations. Self-management or self-efficacy play an important role. However, it remains difficult to define. Probably the term “self-system” comes closest to the cognitive-behavioural concept. Self-confidence arises in the course of the interaction between different networks of nerve cells (neurons). Just as the behavior of other living beings is mapped, so your own behavior could be represented in activity patterns of neurons.

“Non-Striving”: he “I” in narrative therapy

Narrative therapy derives her even more radical understanding of the “I” from the positions of pragmatism, which describes man as an active being who 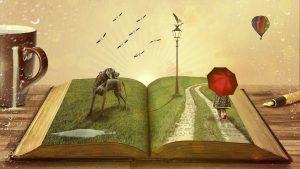 construes his world through interaction with his surroundings. Conform that theory, the perceived world does not exist at all without the individual. As the flip side of this concept, the “self” or “I” arises solely in the way, it is perceived by other people. When we “tell” others about “us”, we experience confirmation or contradiction, and hear the other’s stories about us, that complement or change our own story, or even contradict it. Life is always more than just one single story. Some stories help us, some lead to a dead end. By working out alternative life stories, we can better understand and re-evaluate our life, give it a different meaning. Since these narratives about the “I” contain not only descriptions and presumptions about causes, but also – by values that we recognize or reject in them – control our perception or behaviour, so it is not just new, different stories about life that are worked out in therapy. We can change our lives with a new narrative.

“Non-Striving”: the “I” in mindfulness

Is your head spinning? Then feel free to forget the details of this history of the “I”. But one thing is clear: all theories have in common the fact, that they are construed – based on observations, but construed in themselves nonetheless. Understandably, language provides support for these thoughts. It translates in its form the way, we perceive the world and ourselves, so that with any sentence spoken or written, we implicitly communicate something about ourselves, the addressee, our relationship with him and our wishes about what the other should do. We are so caught up in our “I” that we are like the fish in the parable: it is difficult for us to recognize the obvious, omnipresent and important “I”, and even more difficult to question it.

If we want something that is not there now, the above mentioned “I want” or “I don’t want” spirit comes into play: we evaluate our sensations and perceptions, and wish for a return or the persistence of pleasant sensations or the end of unpleasant ones.

In both cases our longing makes us leave the present moment and its completeness. Anyone who has ever experienced deep and beautiful sensations in meditation, can easily fall into the trap: “I want to experience that again”. As soon as this unconscious thought arises, the state is destroyed and no longer available. The wish prevents us from being in the present moment with a patient beginner’s mind, and free from judgment. Because “wanting to go back there” is not the same as “being here”, and it feels different. 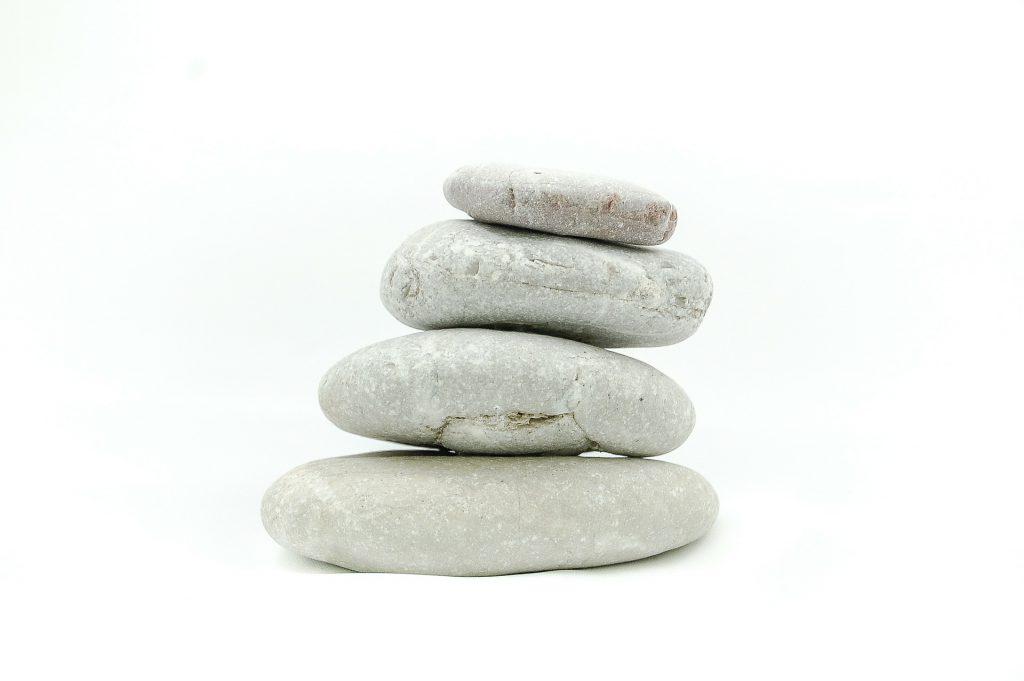 So, if we want to approach formal practice or everyday life in a mindful way, we have to learn to do without “striving” for a state or a feeling that renders our wish desirable. “Non-striving” is the first step out of the trap of “desire” and “attachment”. This way, neither the desired car becomes less great, nor the presence of loved ones less desirable. But they do not invite us to leave the present moment. We can even enjoy the thought and then watch it dissolve. He’ll do that sooner or later anyway. And, if a thought paralyzes, or leaves us bitter and helpless, it is better if we get rid of it sooner.

Everyday life is about the “art of living”: neither rushing through life, being caught in a hamster wheel of ever new wishes and demands, nor foregoing the conscious design of our life with “That’s the way it is. Calling up the necessary “I” functions or “stories about us”, and using them effectively requires both strength and creativity, over and over again.

The formal exercise is about doing nothing. That is why meditation in our meritocracy creates so many difficulties: “Non-striving” means going into practice or meditation without a goal or expectation. We have 24 hours a day to strive for everything possible. The time we spend meditating is a time when we basically do nothing, when we definitely don not want to strive for anything. We simply perceive what is present anyway in our consciousness, because, neurologically speaking, our senses do not cease to provide us with information about the inner and outer world, just because we are not paying attention to it, when we are absorbed in thoughts or activities. Non-striving is about perceiving what is happening moment by moment.

You do not have to agree with the Buddhist concepts of rebirth and suffering. But the connection between sensations, desire and clinging is impressive evidence of introspective ability and insight into human existence. (And of course, the concept is also evidence of how long “desire” and “attachment” have been the cause of suffering for people.)