The 7 pillars of mindfulness #7 Letting go

“What upsets people is not things themselves but their judgements about these things.” -Epictetus- 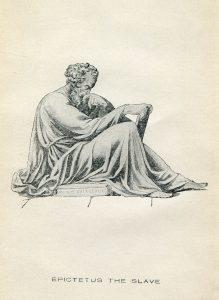 Especially in times of the coronavirus pandemic, worries and fears are constant companions for many of us. We would like to be rid of them, but we feel they have a firm grip on us. It is actually the other way around – it is us who refuse letting go.

According to the Roman thinker Epictetus, if we desire or try to avoid something beyond our control, we cannot be permanently happy. We then forget that possessions and social status, health and the human body, home and relatives are just contingencies, can change, and be lost without our being able to do anything about it. At the same time, we make ourselves dependent on external things and other people, lose our inner freedom and thus harm ourselves.

On the other hand, according to the philosopher’s ideas, he who acts according to this distinction and limits his desires and actions to those areas that are solely under his influence, will be happy. He then would not try to escape death, poverty, illness, the laws of nature or God’s plans, but only avoid, what harmes his soul. Events that he cannot influence, he will endure in serenity and restraint, and accept them as realities. Ultimately, a person who has internalized this principle, will not demand, that everything should be the way he wants it, but will want everything to be the way it is anyway. This would help him achieve his happiness.

Letting-go – the ABC model based on Albert Ellis

In the middle of the last century, Albert Ellis postulated that the sequence: 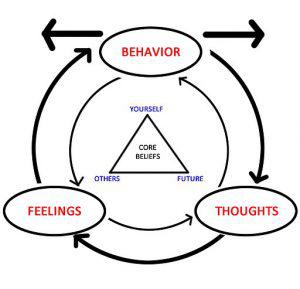 Accordingly, it is not things, people or events that determine what we feel, but rather what we think about it

He described this regularity in the ABC model.

Our brain receives numerous “raw data” through our sensory organs and receptors. Based on previous experience and “filter settings”, some of this data becomes conscious – the vast majority of the raw data is filtered out.

Our brain interprets the conscious information and gives it meaning. Interpretation and pattern recognition are important functions of the brain, but with them we leave the realm of perception and enter the realm of thinking, because we can “translate” situations in very different ways.

The evaluation of the original event, which we formulate based on our assumptions and interpretations, results in emotional reactions and actions, but also in focusing of perception.

If an event created a feeling directly, everyone would have to feel the same in a certain situation, and little could be changed about it. The feelings of different people in one and the same situation are quite different though, depending on what those people think about the situation. There is an evaluation between event and feeling, and it is an effective starting point for changing our feelings – we can change our thinking

Do you know the story of the man who wanted to hang a picture? Here you can also see the ABC model in action:

‹‹The story of the hammer

A man wants to hang a painting. He has the nail, but not the hammer. Therefore it occurs to him to go over to the neighbour and ask him to lend him his hammer. But at this point, doubt sets in: “What if the neighbour doesn’t want to lend me the hammer? Yesterday he barely spoke to me. Maybe he was in a hurry. or, perhaps, he holds something against me. but why? I didn’t do anything to him. If he would ask me to lend him something, I would, at once. How can he refuse to lend me his hammer? People like him make other people’s life miserable. Worst, he thinks that I need him because he has a hammer. This has got to stop! And suddenly the guy runs to the neighbor’s door, rings, and before letting the neighbour say one word, he screams: “You can keep your hammer, you bastard!”›› – Paul Watzlawick: The situation is hopeless, but not serious (the pursuit of unhappiness). –

“You cannot change the fact that the birds of worry and sorrow fly over your head. But you can prevent them from building nests in your hair. ” -Chinese proverb – 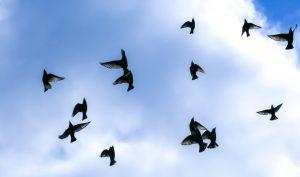 When we know that our thoughts are causing emotions, we have already created the most important prerequisite for letting-go of feelings that harm us. It is not about not having any feelings, it is about understanding, that we are not our feelings, feelings appear in our consciousness as a result of our thoughts. We do not have to get rid of healthy feelings, which include not only joy or happiness, but also justified anger or caution in certain situations. (Feelings and thoughts are not permanent in our consciousness anyway.) But we can let go of unhealthy feelings like anger, debilitating fear or hate.

Ellis added steps D and E to the ABC model for the processing of feelings:

Letting-go – the spiral of fear 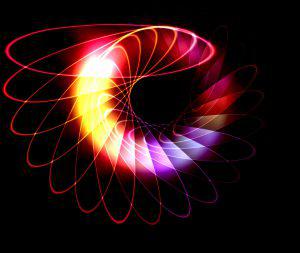 As described above, fear tends to become self-reinforcing: something happens, we rate it as “something bad” – we become afraid, sweat breaks out, we breathe faster, our heart races – we have to do something, otherwise a disaster is bound to happen – we notice, that there is nothing we can do – sweating, palpitations and hasty breathing increase … with each run, fear and helplessness increase. The conclusions, emotions and actions lead to an ever closer tunnel vision of the fear-triggering event. The perception filters are now changed, the brain is looking for evidence for the assumptions made, the conclusions and opinions are solidifying. This can develop into a very unpleasant emotional upward spiral, up to a fully blown panic attack. Such spirals can be detected also in thoughts pertaining to depression, claustrophobia, hypochondria or paranoia. Even self-doubt or jealousy can take place in such loops.

Letting-go – get out of the spiral

In all of these cases, the first thing to do is letting go, and getting a clear view again.

Of course, you cannot try all of this in a panic attack, you have to learn it thoroughly, so to speak, in “peacetime” and practice it systematically. 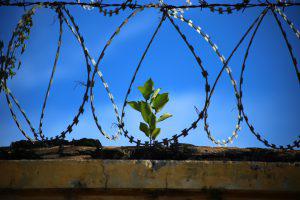 “Letting-go” is the seventh principle of mindfulness, according to Jon Kabat-Zinn. Mindfulness makes us aware of negative thoughts, beliefs and feelings. We can then let them go with awareness and insight.

If – through mindfulness – we become aware of negative thoughts and feelings, that are often hidden in our subconscious mind, we then can decide to let them go. Mindfulness and letting-go work hand in hand.

Another way to let go of unwanted feelings is to actually allow yourself to feel the negative feelings and then ask yourself three important questions:

The answer to the first question is always “yes”. We can always let go of everything, including long-standing and important beliefs and values. (The corona virus pandemic is making this painfully clear to us.)

The second question is more personal. “Would I let go of it?” is basically asking, if we give ourselves permission to let go. With basic beliefs, it may take a while for this question to be answered with “yes”. That is perfectly fine. You cannot accelerate this step in anyway. Therefore, take your time and be honest with yourself. You have to convince yourself (and no one else). Only when you are ready and really willing, say “yes” to it. Sometimes we have to be able to forgive or be forgiven ourselves first, in order accommodate painful memories and then letting them go.

The last question: “When?” gives us a time frame. The best time is, of course, “NOW”, but this again depends on whether we are mentally and emotionally ready to let go. It is perfectly fine to choose a time that is best for us. 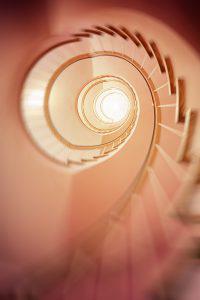 If we let go in a mindful way and honestly say “yes” to it, so if we consciously shape the letting-go and face everything that it does to us, then our freedom grows precisely through letting-go.